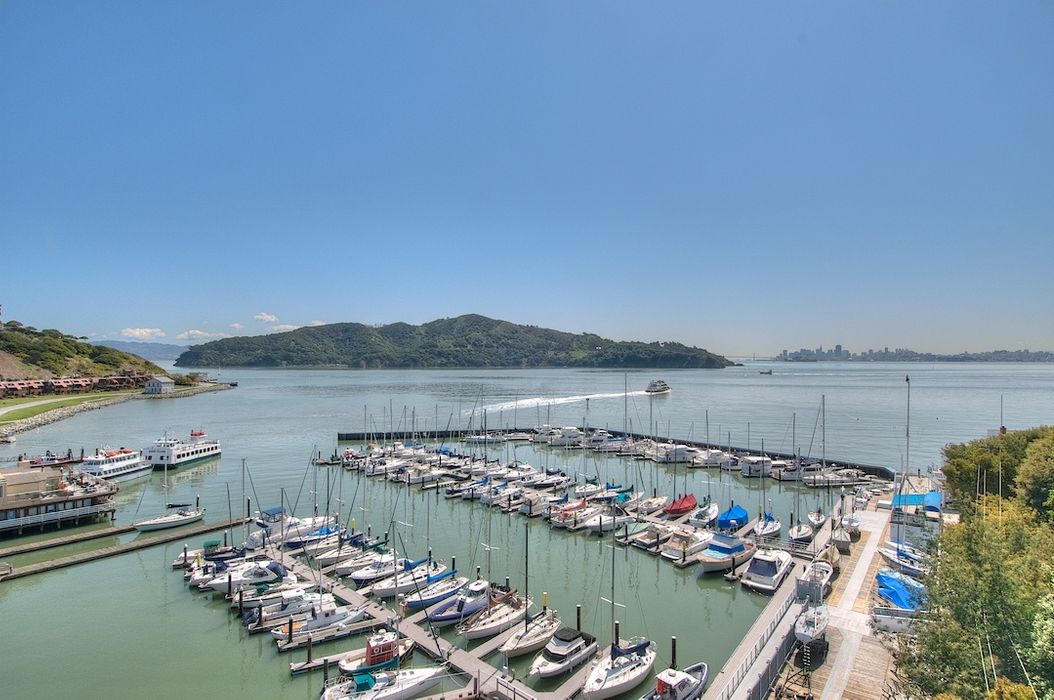 Tiburon, Spanish for ‘shark’, traces its history to its days as a Miwok village as late as the 1700’s. It prospered in the 1800’s as a railroad town with a large service yard and terminal for N.W.P.R.R.Located on a hilly peninsula jutting into San Francisco Bay and reaching toward Angel Island State Park, Tiburon is one of the wealthiest and most popular communities in the Bay Region. A ferry shuttles passengers to and fromSan Francisco or nearby Angel Island. Tiburon is blessed with two renowned yacht clubs, tennis and swim facilities, and Main Street offers a splendid variety of quaint art galleries, boutiques, cafes, shops and restaurants. Many of the businesses are housed in buildings dating back to the 1880’s when Tiburon was a rowdy railroad town.

This community has a history all its own and prides itself on its heritage: St. Hilary’s Roman Catholic Church built in 1886 and one of the very few examples of Carpenter Gothic architecture; the most beautiful wild flower preserve on which it stands; China Cabin, a 22k gold Social Saloon from the SS China which landed in San Francisco in 1876; China Cove Immigration station on Angel Island, where nearly 200 Chinese immigrants were processed before moving onto the mainland. Ark Row with several shops and businesses housed in 19th century quaint original houseboats and arks.

Link to the City of Tiburon