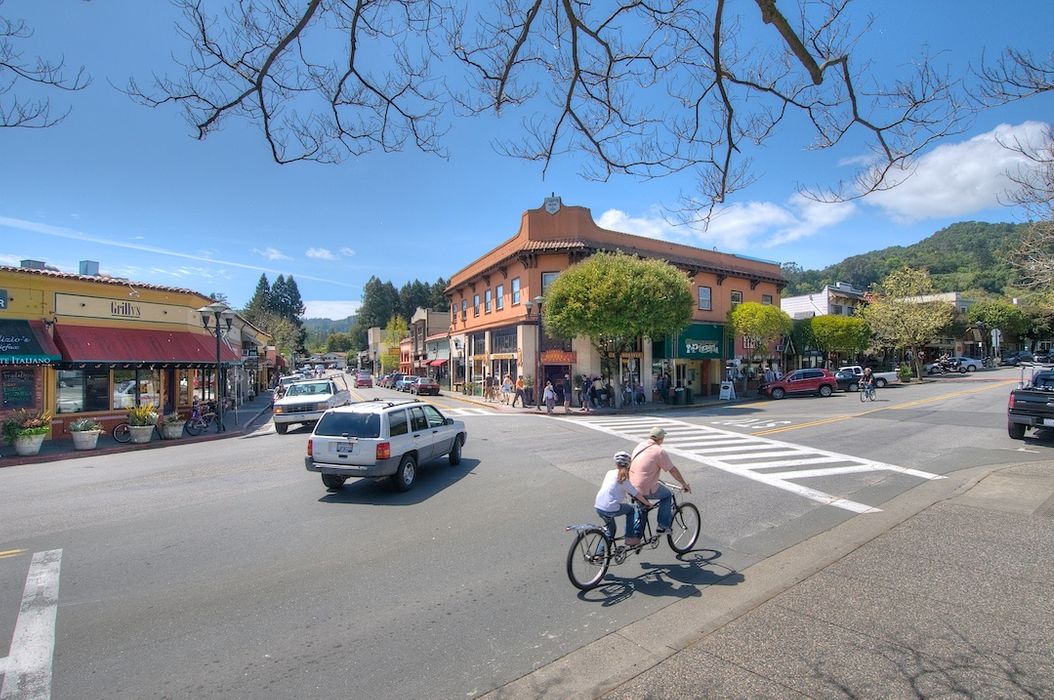 Originally part of a Spanish land grant in 1839, Fairfax is named after Charles Snowden Fairfax, a Scottish baron lured to Californiain 1855 by the prospect of gold. When the railroad passed through town in the early part of the century, Fairfax became a weekend retreat for vacationing San Franciscans. Many early Western movies were filmed in and around the village. Today, Fairfax is the small town with old fashioned charm people dream of, where everybody knows everybody else. The downtown area is a delightful mix of neighborhood bakeries and cozy coffee shops, musical venues, reasonably priced restaurants, boutiques, bookstores and novelty shops. The big neon Fairfax sign makes the Fairfax Theater, where every screening is a double feature.

Three city parks and plenty of open space with direct access to Mt. Tamalpais allow for many different outdoor activities: anything from picnicking to hiking and biking along picturesque trails and pathways. There is horseback riding and golf as well. Fairfax is very environmentally conscious, working diligently toward eliminating Styrofoam products within city limits!

Link to City of Fairfax